The award is intended for a researcher who lives outside of Orange County and is not affiliated with UC Irvine.  Faculty, students, and independent researchers (including film makers, scriptwriters, playwrights, biographers, novelists, and others) are encouraged to apply.  The $1,000 award is intended to defray expenses for traveling to Irvine and conducting research in the Southeast Asian Archive.

Applications will be judged according to the relevance of the proposal to the holdings of the Southeast Asian Archive, the proposed outcome of the research, and the qualifications of the applicant.

This award is given in honor of Anne Frank, the Southeast Asian Archive founding librarian who retired in 2007.

Send the following information in an email with the subject heading "AF Award Application" to ocseaa@uci.edu: 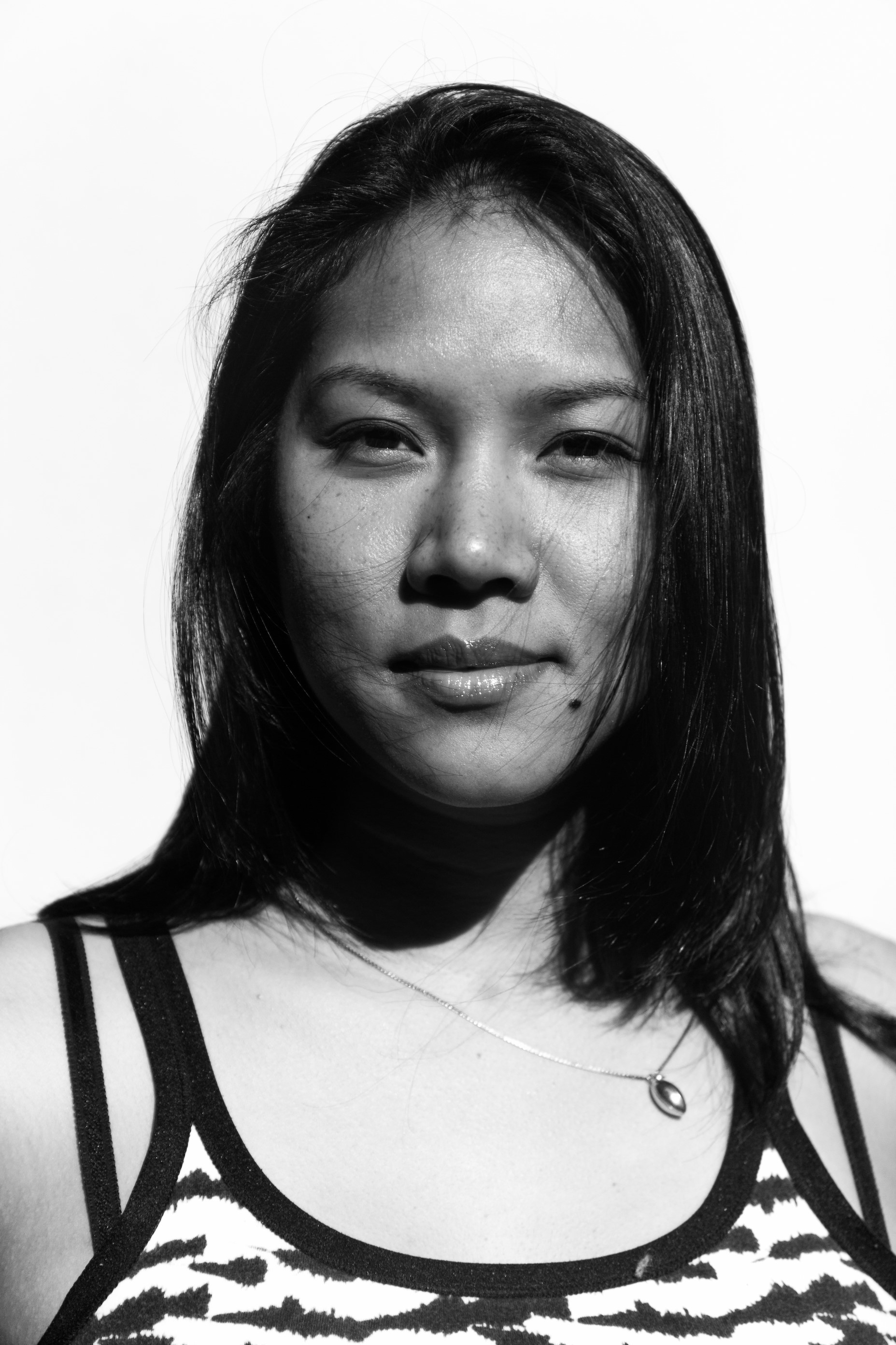 Monica Sok is a Cambodian American poet and the daughter of former refugees. Her work has been recognized with a Discovery Prize from the 92nd Street Y Unterberg Poetry Center. She is the recipient of fellowships from Hedgebrook, the Elizabeth George Foundation, the National Endowment for the Arts, Kundiman, Jerome Foundation, MacDowell Colony, Saltonstall Foundation for the Arts, and others. Currently, Sok is a 2018-2020 Wallace Stegner Fellow at Stanford University and also teaches poetry at Banteay Srei in Oakland. She is originally from Lancaster, Pennsylvania. 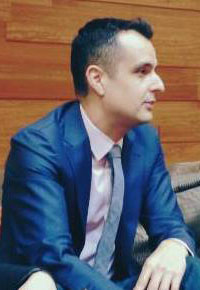 He is a contributor to the Oxford Encyclopedia of Asian American and Pacific Islander Literature and Culture, as well as the Cambridge Asian American Literature in Transition collection. Recently he has co-edited a special issue of the Canadian Review of American Studies, alongside Evyn Lê Espiritu and Vinh Nguyen, titled “Vietnam, War, and the Global Imagination.” 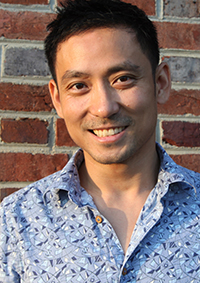 Khoi’s dissertation wishes to trace the genealogy of queer refugees in the U.S. post-1975 to have a better understanding of the current global migration patterns. By working with the Southeast Asian Archive, they want to locate the different entry points to understand how heteronormativity is performed within the various Southeast Asian refugee nuclear families and communities. Khoi proposed to trace the heteronuclear family structures within refugee narratives. In addition to the Southeast Asian Archive, they will also look at queer community archives to trace the privileging of homonationalism. This archival data will be used to develop their ethnographical questions for the queer refugee population. Overall, Khoi’s project is addressing the lack of engagement with issues of U.S. militarization and globalization in the current queer refugee scholarships. 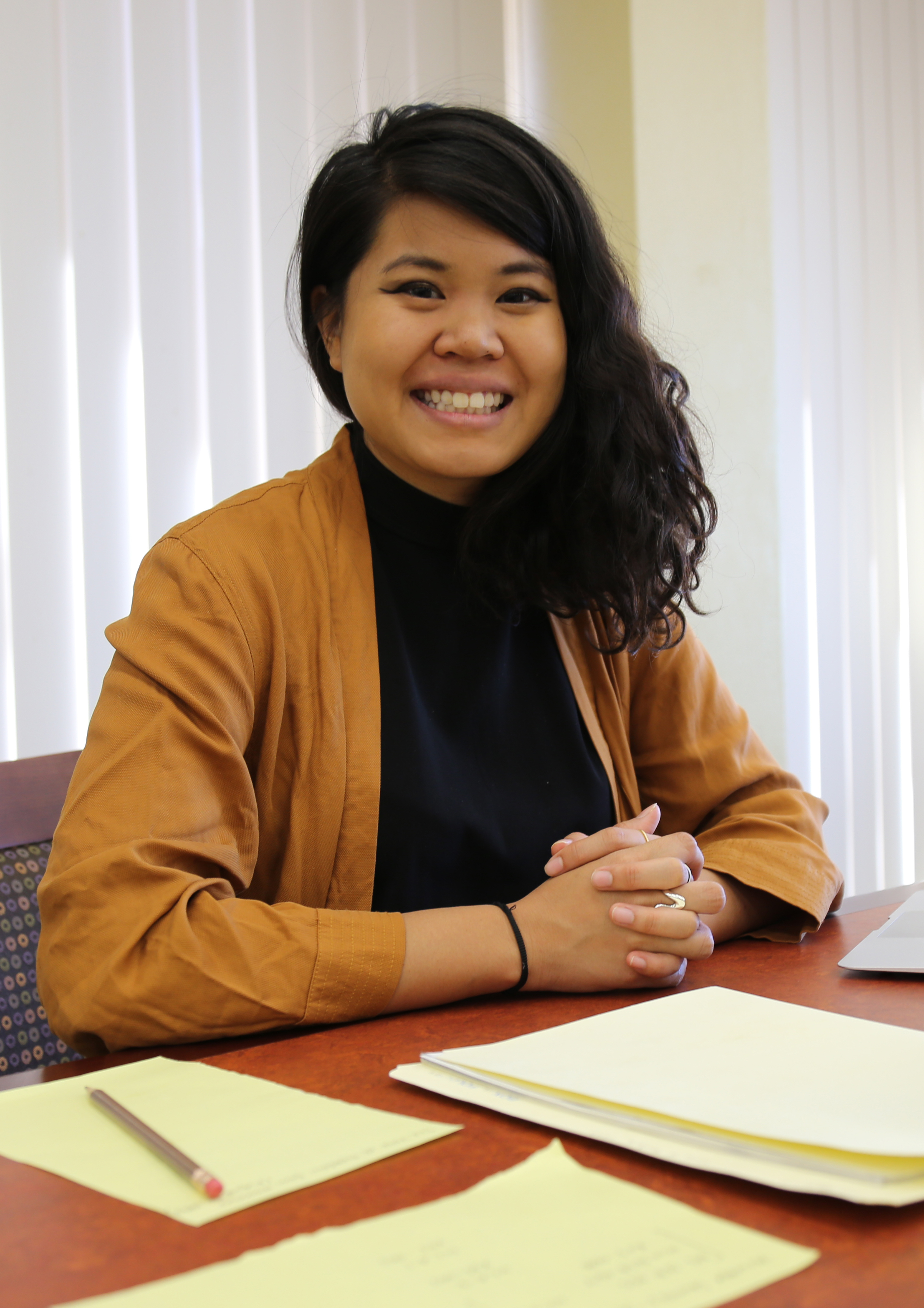 Patricia Nguyen is an artist, scholar, and educator. She is a Ph.D. Candidate in Performance Studies at Northwestern University. Patricia’s proposed research at the Southeast Asian Archive focuses on the period after the Vietnam/American War from 1975 to 1995. The first part examines land as a central site of war and nation-building resulting in the forced removal and detention of prisoners in re-education camps and the second part centers on water and the Vietnamese boat refugee exodus. The section on land examines the archive’s interviews and first-hand accounts of Vietnamese political inmates. The section on water and Vietnamese boat refugees analyzes interviews, paintings, archival ephemera, and documentary footage from boat refugees…Working through the archive is itself a performance of excavating memory and history. 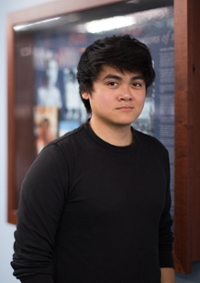 Y Thien Nguyen is a Sociology Ph.D. student at Northwestern University and an alumnus of the University of California, Irvine. His family immigrated to the United States in 1996 through the Humanitarian Operations program. Y Thien’s research seeks to bridge the historical division between Vietnamese American studies and Vietnamese Studies through the investigation of anticommunism. This study takes as its main question why, forty years since the end of the Vietnam War, such a strong sense of hatred for all things communist still persists in the Vietnamese community in America.

The study plans to utilize the wide array of newspapers, periodicals, collected media, and literature produced by the Vietnamese community in Orange County since the Fall of Saigon provided through the Southeast Asian Archive and the OC & SEAA Center as the empirical foundation for understanding the evolution of anticommunism in the United States. 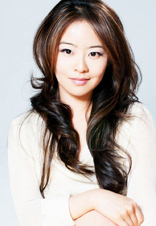 Julia Ling is an actress, writer and film-maker, whose research on survivors of the Cambodian Genocide will lay the foundation for her documentary and feature films. Julia plans to explore the Southeast Asia Resource Action Center collection, films on Cambodia, ephemera, dissertations and theses, and secondary source materials available at the library. Her research centers the stories of survivors of the Khmer Rouge. As a child of Cambodian Genocide survivors, Julia's deep investment in telling the stories of this community compels her to seek out resources at the Southeast Asian Archive. She anticipates that this research will allow her to portray a more complete picture of the Cambodian genocide than the one she currently has, which has thus far been pieced together by personal stories, compiled from interviews she has conducted in the past few years. 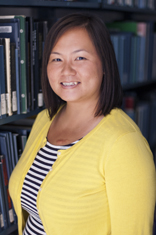 Chong A. Moua, a doctoral candidate in U.S. History at the University of Wisconsin-Madison, is this year's recipient.

Her research project (and dissertation title), "Refugee Cosmopolitanism: Hmong Refugeeism and Critical Statelessness," impressed the review panel with its approach to a less-studied Southeast Asian refugee community. Ms. Moua describes her work as "[analyzing] the ways in which Hmong refugees upend the discourse of the United States as a nation of refuge for displaced immigrants." She adds, "Historically stateless, the Hmong provide a fitting case study to interrogate the issues of belonging, refugeeism, and their relationship to the nation-state."

She visited the Southeast Asian Archive's collections during August 2013. 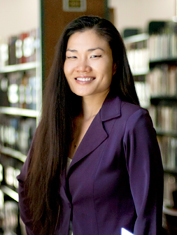 The 2012-2013 recipient of the Southeast Asian Archive Anne Frank Visiting Researcher Award is Jane Le Skaife, a doctoral student in Sociology at UC Davis.  Her proposal, "Transnational Tightrope: A Study of Vietnamese Refugees in France and the United States," was especially well developed and detailed.  Since the mission of the Southeast Asian Archive (SEAA) is to document the experiences of the refugees and immigrants from Vietnam, Cambodia and Laos (the former Indochina) in their new home countries, the SEAA collections are the strongest in the U.S. for her research. She is the fourth recipient of the $500 award, named after the founding librarian of the Archive and made possible by an anonymous donor to defray travel costs to UCI.  Thanks to the award, Jane spent part of this summer here.

She asks, "How do Vietnamese migrants, as political refugees rather than economic immigrants, experience transnational ties?  How has the construction of their identity outside of Vietnam as anti-communists shaped the transnational space in which they interact with their homeland?  Finally, how have their transnational experiences influenced the fostering of cooperation or fomenting of conflict between their country of origin and their countries of settlement?"

Her archival research complemented the extensive interviews she is conducted with Vietnamese refugees in Orange County, which she began in 2010 while interning for the Nguoi Viet Daily News, the oldest and most widely read Vietnamese-language newspaper in the U.S.  She also completed over 60 in-depth interviews in France during March/April 2011, where the Vietnamese-French community was established four generations ago.  This was well before the Vietnam War ended in 1975, which triggered waves of refugees and—in Orange County—the beginnings of what is now the largest Vietnamese community outside of Vietnam.  Both diasporic communities are aware of each other, with members of some extended families living in each country, if not also in Vietnam.

Jane expects to receive her degree in June 2013.  Her research engages the grassroots and scholarly communities in new and intriguing ways.  Her work will contribute new insights to the growing body of scholarship on refugees and their transnational ties. 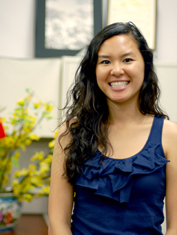 Ms. Malaphone Phommasa is the third recipient of the award.  Her research focuses on the Laotian refugee journey and resettlement in America, particularly the impact of those experiences on the educational aspirations of their American-born children as well as their parents.  What were the different ways in which Laotians fled their home country? How did they survive the refugee camps?  How and where did they form communities in the United States?  To what extent have they formed ethnic enclaves?  What role did these events play in shaping their educational goals and career plans?

Malaphone is a MA/PhD student in the Gevirtz Graduate School of Education at UC Santa Barbara.  The detailed study she is undertaking of the long road many Lao Americans took to establish new lives and families in America will be a valuable contribution about an under-studied population.  In accepting the award, she said, "The Southeast Asian Archive provided the foundation for my blossoming interest in Laotian American/Southeast Asian research as an undergraduate at UC Irvine, and it continues to support me in my graduate career through the wonderful guidance of [SEAA librarian] Christina Woo and interlibrary loans. I am honored to be given the support to spend more time working in the Archive and Special Collections."
​ 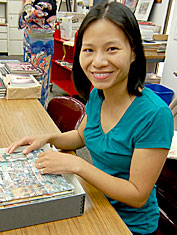 Ms. Quan Tran was the second recipient of the award. Conducting research for her doctoral work in American Studies at Yale, she examined “the different modes of knowledge production in the Vietnamese diaspora.” The Southeast Asian Archive collections provided her with records and recordings of musical performances, archived materials from the Vietnamese American Arts & Letters Association (VAALA, based in Little Saigon), and information about Vietnamese communities here and abroad that built memorials to recognize the struggles of refugees’ journeys to freedom. She was also interested in the history of the Southeast Asian Archive itself as a body of collected memory that plays a role in producing knowledge about the Vietnamese diaspora.

Quan brought to her research visit her own history with the SEAA. While an undergraduate at UCI she worked as a SEAA student assistant for Anne Frank, so she knew more about the structure of the archive than most researchers. Returning to UCI after earning a double B.A. in Asian American Studies and Comparative Literature in 2004, she saw that the collection had grown. In addition, during her undergraduate years, the archival collections were being processed, thanks to a grant from the National Endowment for the Humanities. Quan delved into several of them to learn about the collecting and preserving of Vietnamese pasts. 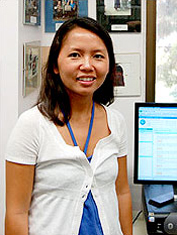 Ms. Ma Vang was the inaugural recipient of the award.  A doctoral student in Ethnic Studies at UC San Diego, Vang researched Hmong refugee resettlement and current events in California, the Air America airline during the Vietnam War, General Vang Pao, and Laos-U.S. relations.  The award paid for travel expenses for her visits to the Archive, photocopy services,and other expenses related to conducting her research.

Vang acknowledged the depth and breadth of the Southeast Asian Archive's unique collections about the displacement of Southeast Asians -- including the Hmong, who left Vietnam, Laos, and Thailand to settle primarily in the UnitedStates.   "The UCI Libraries Archive is one of the few with material about Hmong displacement and Hmong in the diaspora," she said, "so I am truly grateful for this support."